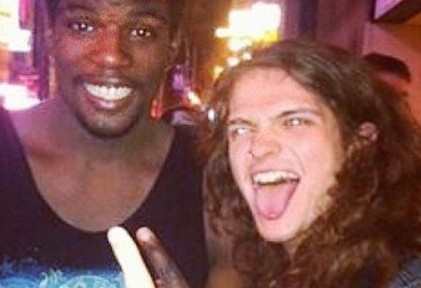 Metal Insider is reporting, a music fan is dead after stage diving, and no one catching him, at the Miss May I record release show in New York City.

The accident occurred when Alberto Scott tried to stage dive at the Studio at Webster Hall and nobody caught him. Alberto suffered “major head injuries” and was immediately transported to the hospital, where he died. The show was immediately stopped and everybody was sent home.

At the time of this writing, Miss May I only had this to say via their Facebook:

Hey everyone, we are aware of the incident that occurred at Webster Hall last night and will be posting a statement shortly. However, we are awaiting further information regarding the situation before we are able to make a full statement.

Sinestra Studios posted a tribute to Alberto with testimonials like this one from friends:

This is the young man that died last night. No one blames the venue or the band, he lived and breathed Miss May I and truth is he hadnt been feeling well before the show. He was my daughters best friend and came home after this picture crazy excited. He even hung a dollar bill signed by [Miss May I vocalist] Levi. Until autopsy results come in no one will know what happened. All I ask is for prayers for his friends and family and that God provide a way to be able for them to be able to cover funeral expenses. No one thinks that they will have to bury a 21yr old. Miss May I made him happy. Thanks.