CNN sank to new lows, and not just in the ratings, but also by using a children’s toy to aid in their coverage of missing Malaysia Airlines flight MH370. 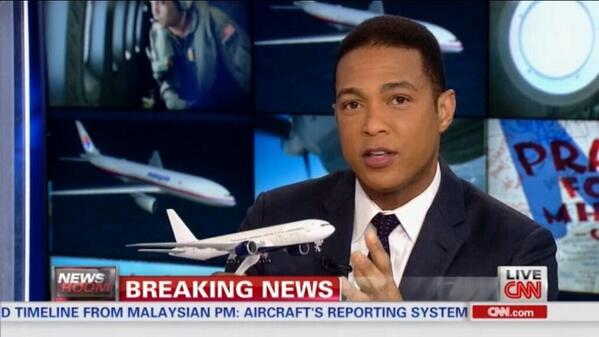 Don Lemon and others used a scale model of the missing airliner – essentially, a child’s toy plane – to illustrate their coverage, at times pointing at parts of the scale replica. 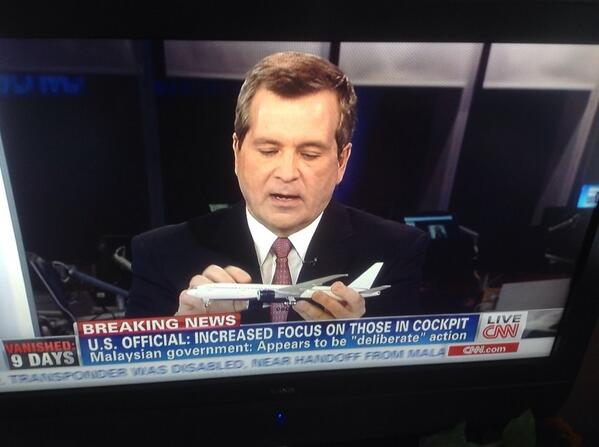 The reaction on social media was swift and cutting..

“Watching [presenter] Don Lemon point to areas of a toy plane as he describes various scenarios. Thanks, but I’m not ten,” said another.
But CNN is, to some extent, caught between the commercial devil and the deep blue sea.

In the arena of round-the-clock broadcasting, the news network has in recent years been outdone by Fox News to the tune of millions of viewers.

That is, until CNN gets the exclusive on the story on the case of missing TOY Malaysia plane.