A lot of folks are wondering why a “mystery passenger” was listed on the manifest of missing flight Malaysia Airlines MH370.

The passenger manifest, that has been circulating on the web, shows a mystery passenger’s name blurred out. #84. 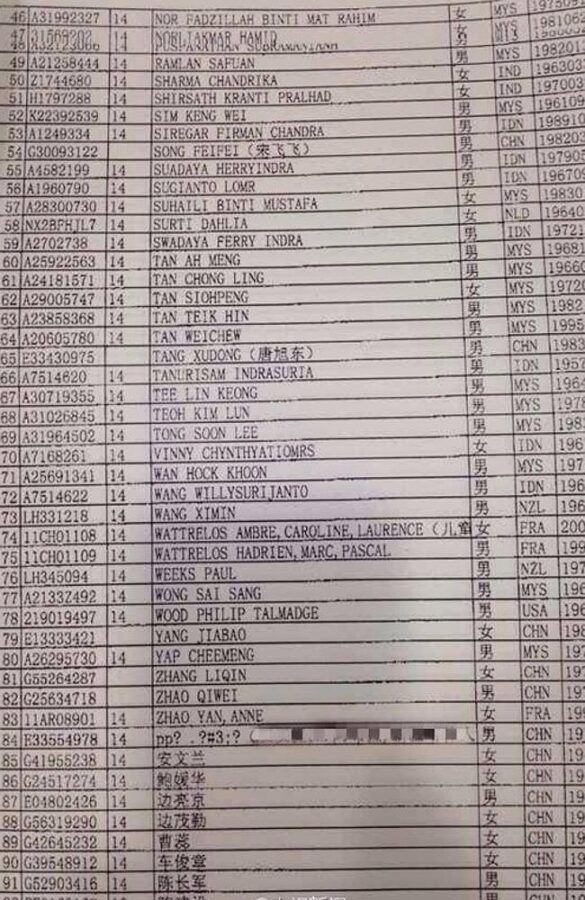 “Apparently on Chinese social media (i.e. netizens), there is a photo of a passengers list which includes all passenger names and information. On this picture, the name of passenger 84 is blurred out. Apparently the rumour among the netizens is that Passenger 84 is Uyghur, an ethnic group in China.”

Authorities are somewhat aggressively investigating several reports of fisherman claiming to have seen the lights of a low-flying aircraft in an area off the Malaysian coast, just below the Malay-Thai border at around the same time of the disappearance.