In an odd twist to an already twisted situation, a worrying lapse of protocol was revealed after photos surfaced depicting Co-pilot Fariq Abdul Hamid and his colleague fraternizing with a pair of young women while on duty. Hamid is the man who co-piloted missing Malaysia Air flight MH370. 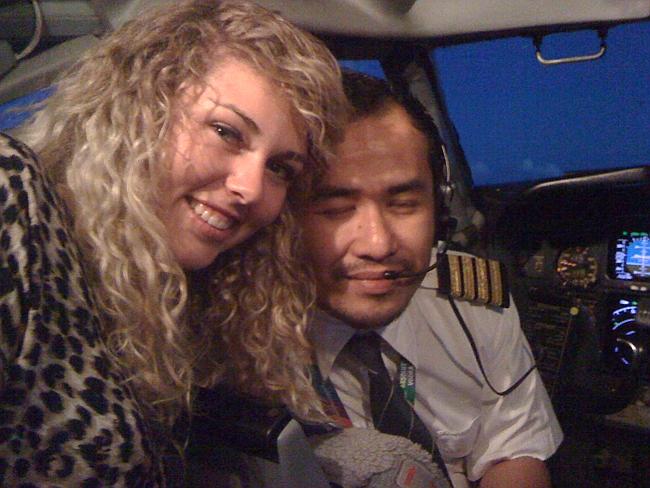 The women were pictured hugging the pilots in secured areas of the plane. The men even allowed the giddy girls to wear their official garb in the series of candid snaps.

The pilots broke Malaysia Airline rules when they invited passengers Jonti Roos and Jaan Maree to join them in the cabin for the one-hour flight from Phuket to Kuala Lumpur. 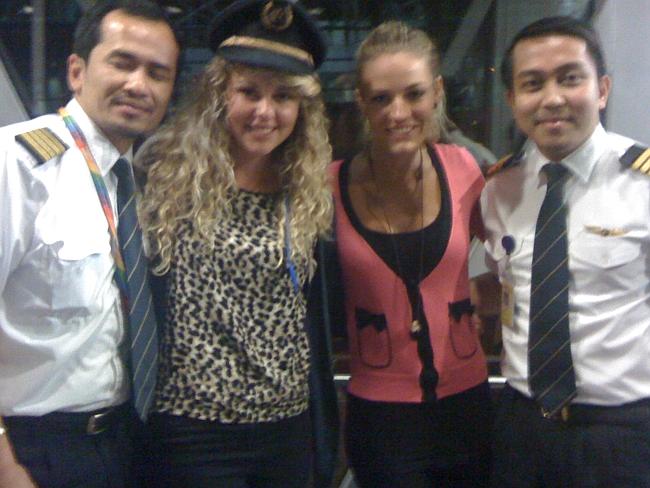 Ms Roos, who is travelling around Australia, told A Current Affair she and Ms Maree posed for pictures with the pilots, who smoked cigarettes during the midair rendez-vous. source

“Throughout the entire flight they were talking to us and they were actually smoking throughout the flight which I don’t think they’re allowed to do,” Ms Roos said. 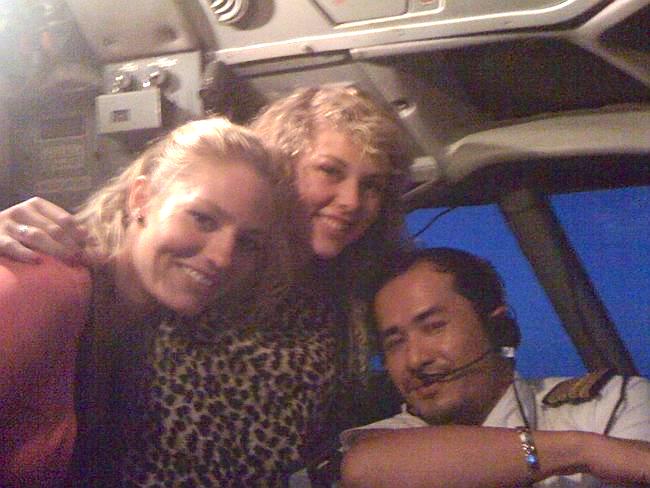 Hamid remains missing as does his bird, Malaysian Flight MH370. Authorities are somewhat aggressively investigating several reports of fisherman claiming to have seen the lights of a low-flying aircraft in an area off the Malaysian coast, just below the Malay-Thai border at around the same time of the disappearance.