Wouldn’t it be cool to see your grandmother on a Google Map’s street image? How about after she has already passed on to the other side? 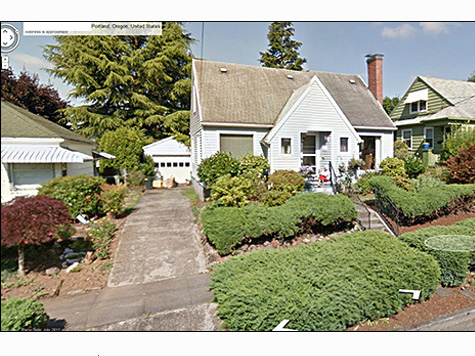 From time to time he enjoys searching through Google Maps. It’s a pretty strange hobby, but nevertheless intriguing for HIM.

On this day, Moore was taking a virtual stroll through Northeast 62nd Avenue when he saw an elderly woman that looked peculiarly like his grandmother.

And coincidentally, it was his deceased grandmother who passed away over a year ago!

The image portrays an elderly woman sitting on her porch reading a newspaper. Moore was stunned that Google captured one of the last few photos of his grandma previous to her death.

He first posted the story on Reddit, where he received such positive feedback.

One commentator name P2Pdancer posted, “That’s an awesome treasure. I’m sorry for your loss though:(.”

While another by the name of Wistan kindly proclaimed “gramma’s rule.”

According to Katu.com, Moore jokingly told his brother that it’s as if she’s not really gone.

“I was like, ‘Well, grandma’s gone, but she still somehow lives on in Google and is watching over us,” he said.

What a sweet way to look at it but it kind of makes you not want to search Google Map’s street view anymore, especially if you discover “dead bodies” like that of the infamous prankster, Azura Beebeejaun.