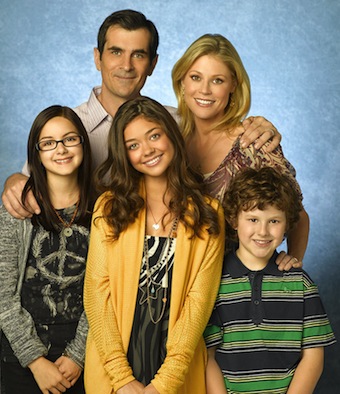 The fifth-season premiere of ABC’s Modern Family featured a marriage proposal that wouldn’t have been possible only months ago. But in the wake of the U.S. Supreme Court‘s June decision allowing same-sex marriage in California, producers of the Emmy-winning comedy knew the time was right for its gay couple, Mitchell (Jesse Tyler Ferguson) and Cameron (Eric Stonestreet), to take the plunge. Here, Jeffrey Richman — one of the 20th Television-produced comedy’s two openly gay writer-producers — reveals to The Hollywood Reporter’s Lacey Rose in his own words the emotional process of writing Wednesday night’s landmark episode …

The news, featured on popular Drudge Report, was deemed the “first ever,” union of a same-sex couple! For some reason it seems like we have seen this before.. But that could have been a government telecast.