The Man Who GREW A NOSE Out Of His FOREHEAD!

Doctors are growing this guy a new nose after he lost the old one to infection.. Which begs the question, why did they install it upside down? 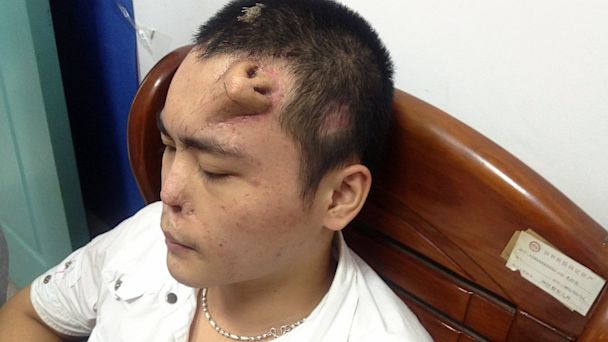 The patient, hailing from China and known only as Xiaolian, had his original nose irreparably damaged from infection so his doctors decided to simply “grow” a new nose! And they placed it on his forehead!

And don’t worry, Xiaolian, 22, won’t drown in the first rainstorm, the new nose is non-functional until it is fully grown at which time it will be moved to its rightful position! WILD! The man will be able to breath and smell! Good thing smell receptors live fairly high in the nasal passage!