Colin Kaepernick has had the roughest three weeks of his life failing to produce so far in the early part of the 2013 NFL season. He gets another chance tonight against the St Louis Rams.

Usually active Instagram user, Kaepernick has been laying low this week last posting his favorite subject, himself, with the following caption:

I refuse to stay down! #GoldenStateofMind 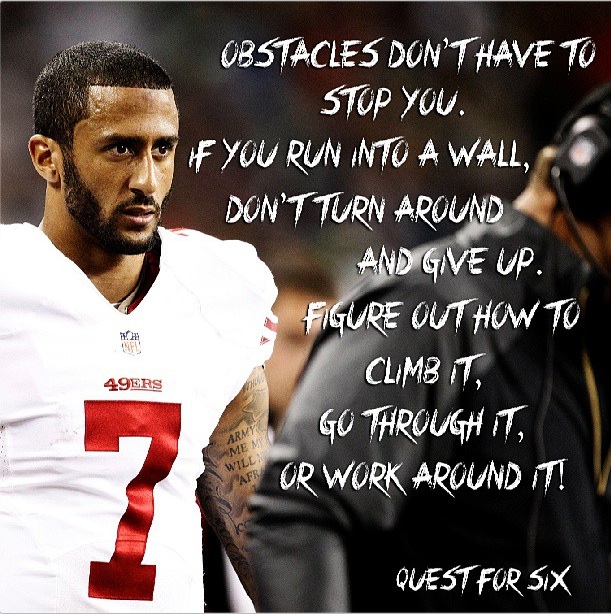 The world is waiting to see if Kaepernick is a legitimate challenger on the hunt for a championship.

It’s a quarterback-driven league and Kaepernick has had a lot of early fame come his way.. Unfortunately none of that noise will buy him a championship ring.