Not only did San Francisco 49ers’ QB Colin Kaepernick lose, and lose badly to the Seattle Seahawks on Sunday, he also lost a bet to fellow baller, Russell Wilson! After losing the game, Kaepernick kept his word and shaved off one eyebrow.. 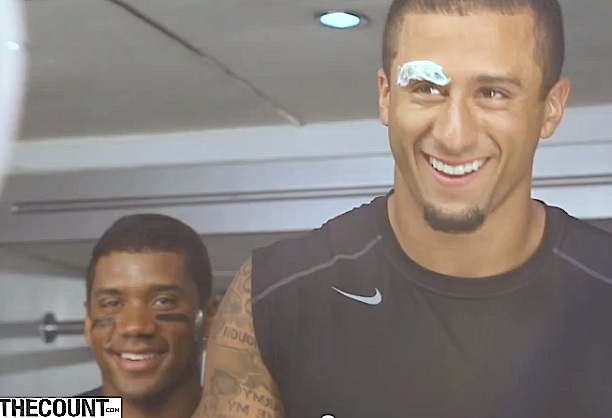 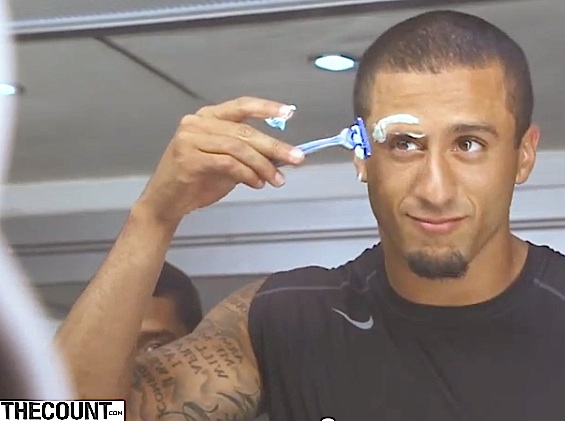 For some reason, this drive-by shaving was sponsored by a video game.. No matter who it was that concocted this daft stunt, there’s no doubt about it, Kaepernick got the worst of it..

Colin can thank his ego for his new forced fashion statement.. Maybe he should stick with adorning his chiseled body with more self serving tattoos..