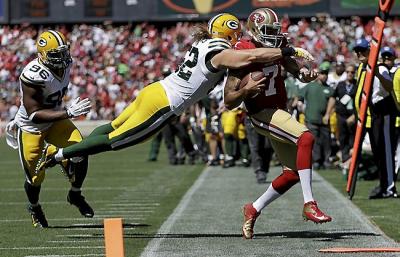 Matthews says he plans on appealing the fine, which was imposed after a second quarter hit in Sunday’s loss to the 49ers. Matthews took down Kaepernick well outside the out-of-bounds markers.

The late hit harkens back to the 2012 controversy surrounding “bonuses paid out for early and often hits on league quarterbacks.” 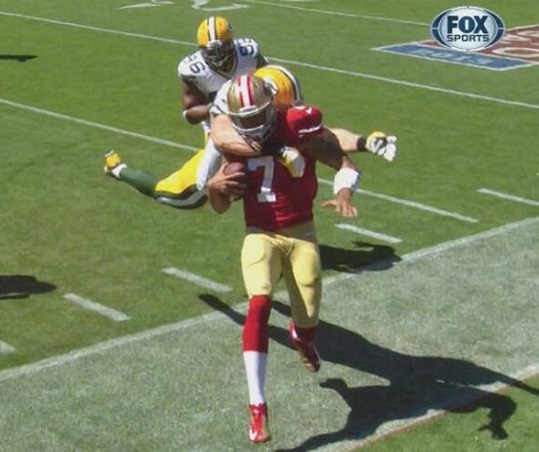 Here are a few of the other fines handed out during week 1 of play:

» Tampa Bay Buccaneers safety Dashon Goldson was fined $30,000 for hitting a defenseless receiver in the neck and head in Sunday’s loss to the New York Jets.

» Carolina Panthers defensive end Frank Alexander was fined $15,750 for hitting a Seahawks offensive lineman in the face in Sunday’s loss to Seattle. Alexander drew a 15-yard penalty and was ejected from the contest for his outburst.