Richard Simmons appearing on Jimmy Kimmel in one of the most uncomfortable entrances in television history. Simmons, who turned 65 back in July, started off by ditching his signature satin short shorts in lieu of a glitzy pantsuit and then he proceeded to hump everything, (including inanimate objects,) within a Hollywood mile, on his way to the guest chair. Saying that Simmons’ was ‘flying high’ would be a huge understatement.

Bill Hader was the first victim, getting an odd lap dance from Simmons who also sucked his own thumb. 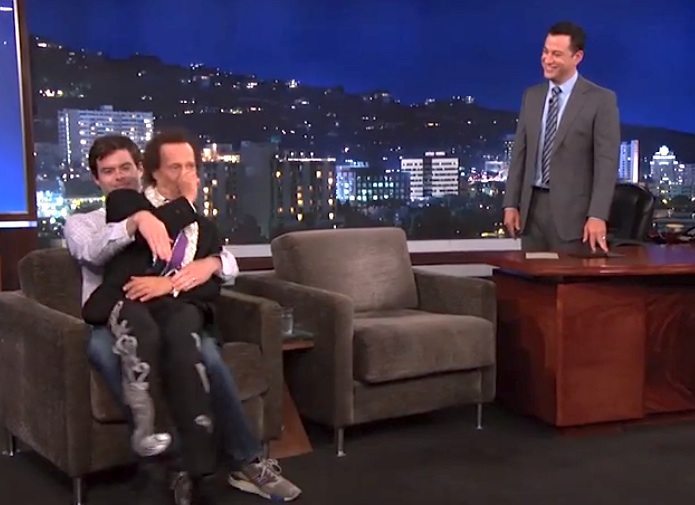 Then the workout guru was off for a quick nap on Kimmel’s desk, oh wait, was he drunk planking? 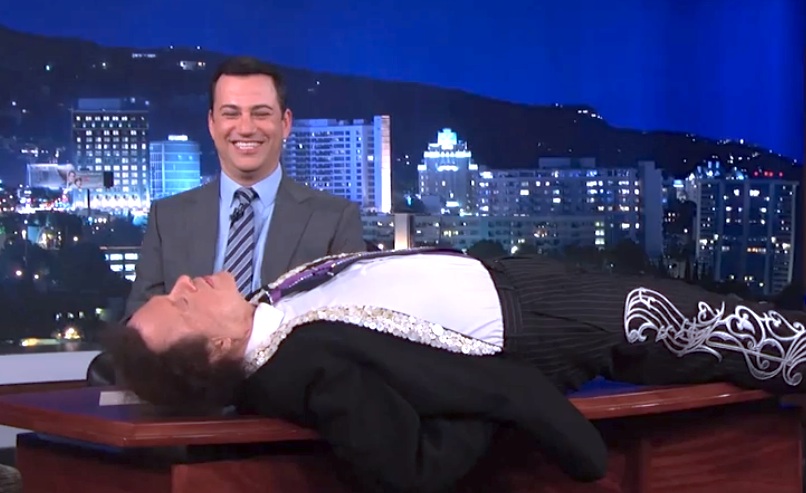 When he awoke, he hungrily french kissed Jimmy’s show notes.. 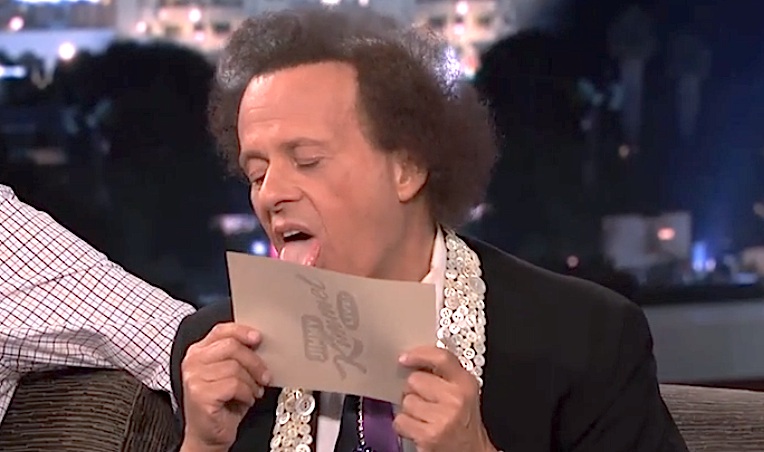 The man who built his career on keeping people fit, may have traded his barbells for illicit drugs, kind of the same way he appeared with Katy Perry at the recent MTV VMAs. 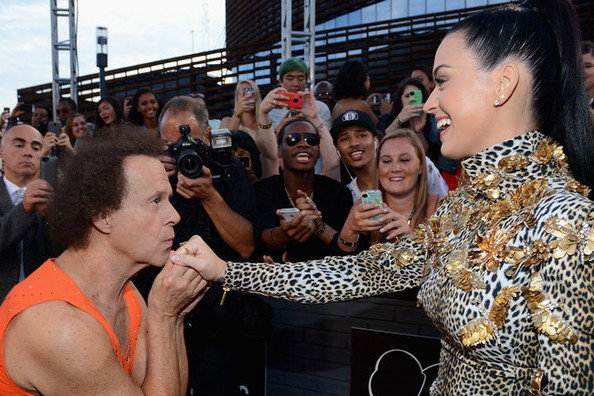 We all know Simmons made a career out of playing a bit of a clown, maybe, just maybe we’ll give him a pass this time, not only because of his advancing years, but also for being one of the first openly gay celebrities.