I WARNED YOU L.A.!! LOCK YOUR DOORS! TMZ just spoke a the woman whose driveway Amanda Bynes built a fire.. The woman reported she had no idea what was going on until cops asked her, “Do you know anyone by the name of Amanda Bynes, or why she would have some vendetta against you?” The old lady didn’t even know Amanda! 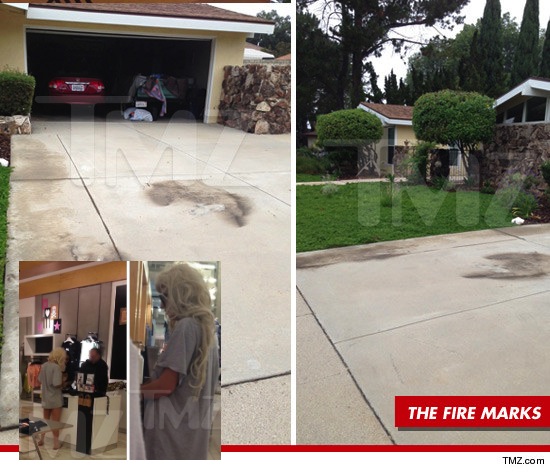 Cops then described to her that there was a young lady in her driveway, who had lit a fire and was carrying a “little red gas tank.” The homeowner says cops told her Amanda had burned part of her clothing. Amanda Bynes is currently hospitalized on a 5150 hold … after starting a small fire in the driveway of some random person’s house Monday night. When sheriff’s deputies arrived, they questioned Amanda about what she was doing, and why she was doing it — and based on her answers, they determined she needed to be hospitalized on a 5150 hold. Translation: her answers were really wacky.

Now Amanda sits in a hospital on a 5150 hold!! that is involuntary hospitalization for a complete mental evaluation!