Oh Amanda Bynes! After your proposition to let Drake “murder” your lady part, now you’re sharing random photos from what looks to be the inside of a motel room – complete with cinderblock walls. Included in the actress’s freakish Tweets was one that indicated the motel probably had running water… 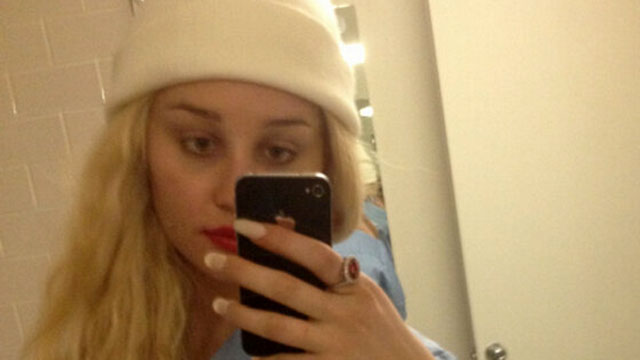 “My selfies we’re taken after those paparazzi photos,” said Bynes, 26, as she stated to explain something hugely insignificant, “I was walking to a photo shoot for my clothing line and perfume line that’s in the works!” So? You’re starting a clothing line? Good luck with that! Thx E!

In a final sign of relief (from the general public) Bynes announced,

So I take it you took a bath Amanda? Wow! Maybe you really did turn over a new leaf! To cap this ordeal, the last thing I heard was – the maids were still cleaning up Bynes’ room – and hazmat may have to be called in to help.