MIAMI, Fla. – Lil Wayne tweeted that he was ejected from American Airlines Arena! For the heinous crime of for cheering for the visiting team! 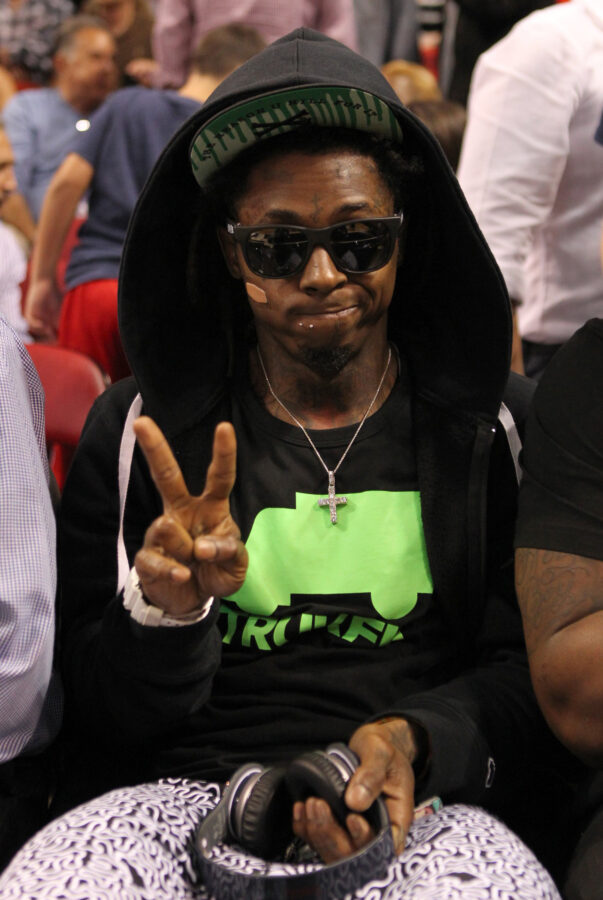 “So I’m @ da Heat game right, rootin 4 da Lakers kuz dats my team & would u believe they got police 2 make me leave?! Wow!” the rapper tweeted.

That caused quite a reaction on Twitter, as Lil Wayne has nearly 10 million followers. Yet he’s not the only one out there with an account of what happened Sunday. A fan named Danny Vega, who said he was near the rapper, had a different version of the incident:

“Random guy yelled at Lil Wayne at #MiamiHEAT game, Weezy looked back, gave him a mean stare & gestured he had a gun,” tweeted Vega, who said he was at the game and sitting near Lil Wayne. “Weezy just got into argument with security at the #MiamiHEAT game. He got kicked out for gun gesture.”

Wow! I had no idea superstars with 10 MIL Twitter follower even got treated this way! It’s almost like he was a normal person! Like we were all equal!