Holy smokes! I have to admit I have never seen this show! But over 19 million people did watch the season premier of The Big Bang theory and next week they’ll have one more viewer, me. 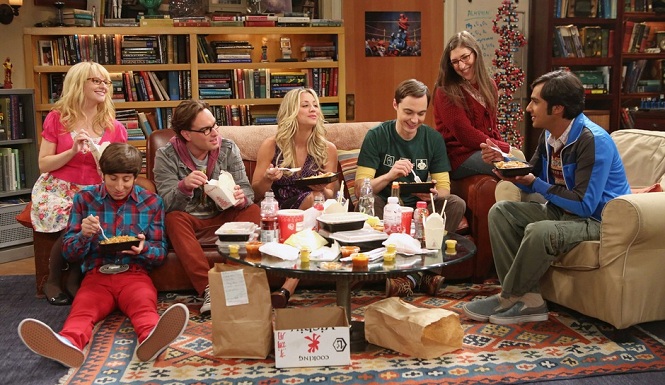 The Big Bang Theory (6.0/17) came back with a bang, delivering its largest audience ever with 18.98 million viewers. The science geek comedy’s previous viewership high was 17.63 million, set on November 15. Now in its sixth season, the series also matched its all-time high in the adults 18-49 demographic, up 11% from its last original show December 13.

“The final ratings for Thursday night’s episode of ‘The Big Bang Theory’ came in yesterday afternoon, and the numbers were big. The series hit a record viewership count with 19.25 million viewers and a 6.1 18-49 rating” (The Inquisitr).

Those are some impressive numbers! Congratulations guys!