What The Heck Is This They Found On Mars?

It’s the age-old question, is there life on Mars? The strongest proof released to date may be this picture of a strange translucent flower snapped by NASA’s Curiosity Mars rover. 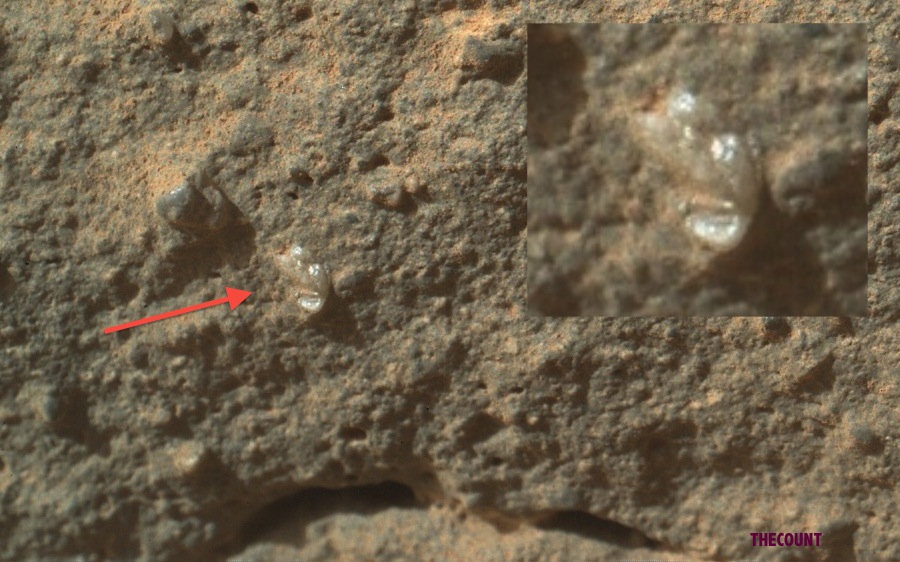 But what has really caught people’s attention is a raw image from NASA’s photo feed that one reader on Above Top Secret has called a “Martian flower.” On the posting, the commenter going by the name “Arken,” writes: “The Albedo (or Reflectivity of Sun Light) of this object is very high, and its translucent appearance, the irregular conformation (like pistils) and the ‘texture’ of its wider areas is smooth, and seem that it is ground attached.

This is the SECOND TRANSLUCENT ANOMALY detected by Curiosity in Gale Crater.