Talk about shooting yourself in the foot! I notice most fans hate it when celebs get political or otherwise preachy. Do they actually think we look upon them as any kind of real role models? No! You damn idiot millionaires, we just want to see you rise and then crash and burn at your own hand. I think they call that human nature. 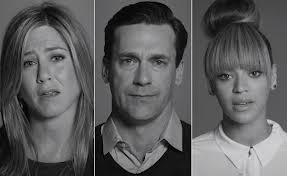 Celebs have not been able to escape the heat after a consortium of filmmakers put together this video showing the huge hypocrisy behind celebrities publicly taking a stance against guns and associated violence.

Why did all these celebrities drink the Kool-Aid? I mean they basically just killed their collective careers! In one fell swoop! Even people who tend to agree that guns indeed need some type of control still cannot help but see how dumb celebrities look in this video, trying to sell their beliefs.

When I say this is getting serious for celebs involved in this video, I mean it’s getting real serious. There is word of boycotts and people unfollowing them on Twitter by the scores.