This is kind of a new one, not one, but two drunk women forcing the landing of a British Airways flight in route to Lyon, France.

Apparently the inebriated women were swearing at children and threatening the families of the British Airways flight staff. 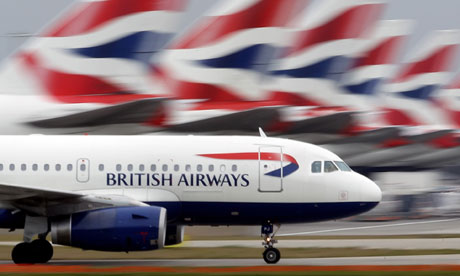 They were also hiding in the laboratory for extended periods of time, smoking something.

At one point one of the women even tried to storm the cockpit… That’s a big no-no.

Flight BA2664 was headed from London’s Gatwick Airport to Tunis. The flight was diverted to Lyon, the airline said, following “the continued disruptive behavior of two female passengers.”

A passenger was quoted as saying,

“They decided they were going to meet the captain and marched towards the cockpit. It was very frightening.”

“Our customers and flying crew deserve a safe and enjoyable flight experience,” an airline spokesperson said. “We do not tolerate any disruptive behavior onboard our flights.

“They were handed over to the custody of the French police and detained upon arrival in Lyon.” Source ABCNews