Sources in Las Vegas are saying that pictures of Prince Harry — possibly doing drugs — are set to hit the internet. Serious nail biting time for Harry as threats of new photos — of the Prince — in an even more compromising position than before — are said to be mere hours away from being released. 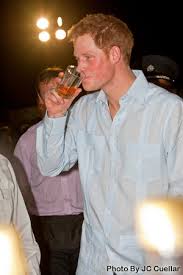 Harry must be taking the vague threat seriously because he has sinced permanently  closed down his Facebook page, AKA, Spike Wells.

Two of the Prince’s best buddies, Tom ‘Skippy’ Inskip, 25, and Arthur Landon, 30, have also shut down their Facebook accounts, the pair accompanied Harry on his Vegas romp.

Stay tuned to TheCount.com for the pictures as they are released…