Oregon Man Ordered To Jail For Collecting Rainwater On His Property 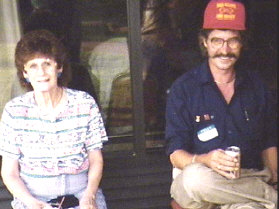 A rural Oregon man was convicted and is now facing 30 days in jail for the Heinous crime of collecting rainwater — on his own property. And the poor fellow may simply have gone to jail — if not for the reverberating voice of social the medium — In other words, if we do not do something by sharing our outrage, who will?

Gary Harrington of Eagle Point, Ore., was sentenced to 30 days in jail and over $1,500 in fines because he dug some holes on his property to collect and use rainwater.

Harrington says he plans to appeal his conviction on nine misdemeanor charges put on him under a 1925 law for having an “illegal reservoir” on his property – and for filling said reservoir — with rainwater and snow runoff.

“The government is bullying,” Harrington told reporters in an interview Thursday. “They’ve just gotten to be big bullies and if you just lay over and die and give up, that just makes them bigger bullies. So, we as Americans, we need to stand on our constitutional rights, on our rights as citizens and hang tough. This is a good country, we’ll prevail,” he said.

“When something is wrong, you just, as an American citizen, you have to put your foot down and say, ‘This is wrong; you just can’t take away anymore of my rights and from here on in, I’m going to fight it.”

Like I started this story, if we do not do something by sharing our outrage, who will? The Government? I think not. I urge you to consider Tweeting this and pressing “like” on Facebook — if you think what is happening to this man is wrong.