Lady Gaga has been an extra before, she’s been ‘highly’ featured, she had a bit part on prankster MTV show “Boiling Points,” and she was featured ‘laughing’ on TV show “The Sopranos.”

Before “Lady Gaga,” Stefani Germanotta dabbled in acting whenever she could get cast for the part. Germanotta started as an extra on some TV shows, then her sort of big break was on MTV’s reality game show Boiling Points. Germanotta sort of put acting on hold and pursued her biggest love- music. 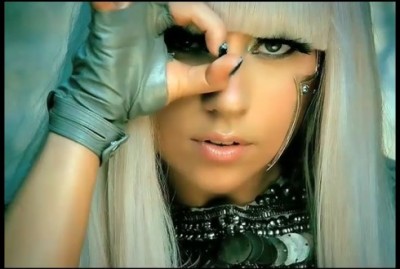 Germanotta Go-Go danced her way into preparing for what Lady Gaga would be all about. She used to Go-Go at bars in New York, to make extra money to fund her band’s intimate shows.

You know the rest! Germanotta put on the blonde wig, put an entirely different look together and Interscope Records said YES! Lady Gaga was created.

Now that Gaga is all satisfied in the music department, she is going back into acting and finally getting that big speaking role that all actors dream about!

Gaga landed a part in “Machete Kills,” the sequel to “Machete.” Director Robert Rodriguez tweeted his excitement about having Gaga on board the movie saying, “I just finished working with @LadyGaga on @MacheteKills She kicked SO MUCH ASS! Holy Smokes. Blown away!”… and he attached a photo of Gaga in character saying, “Lady Gaga as La Chameleon.”

Gaga was just as happy and tweeted, “Yes its true, I will be making my debut as an actress ln the amazing MACHETE KILLS BY @RODRIGUEZ IM SO EXCITED!!! AH! Filming was insane.”

Do you think she will be a good actor?