PITTSBURGH, PA. (THECOUNT) — At least two people were stabbed near the Burlington Coat Factory on Sixth Avenue in downtown Pittsburgh on Thursday.

Police and medics are responding to the scene in the 300 block of Sixth Avenue on reports of a stabbing, according to emergency dispatchers. 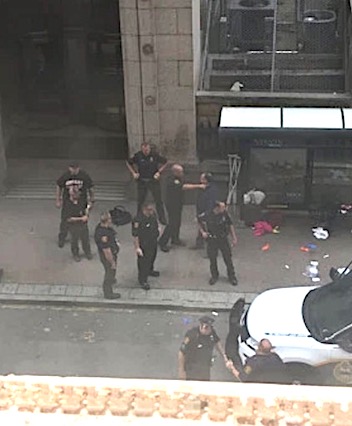 The names and conditions of the patients were not immediately available.

The incident was reported around 11:30 a.m. at the intersection of Sixth Avenue and Smithfield Street near the Burlington Coat Factory store.

Officials at the scene say at least one woman, possible two, who were wearing hijabs, a Muslim garment, were stabbed. One of the women was seriously injured, reports CBS. 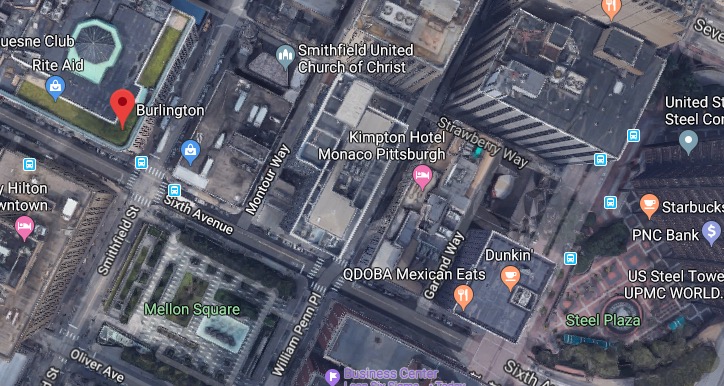 Houston’s KRIV Fox 26, fired reporter, Scarlett Fakhar, over what she claims was her open support of President-elect Donald Trump.

Fakhar, 25, who celebrated Trump’s win at the polls on social media, posted support for Trump on her Facebook page while welcoming the end of Barack Obama‘s presidency. Soon after her posts, her bosses sent her a pink slip. The former KRIV Fox 26 Houston reporter thanked her supporters on social media after she informed them that her bosses had dismissed her ‘for expressing my conservative views on my private Facebook page’, according to the Dallas Morning News. The station is an affiliate of the Fox television network. Fox 26 representatives confirmed on Friday that Fakhar is no longer with the station. END_OF_DOCUMENT_TOKEN_TO_BE_REPLACED “We are seeking to speak to the male in this sketch about the murder of #KarinaVetrano. Please call #800577TIPS,” he wrote. END_OF_DOCUMENT_TOKEN_TO_BE_REPLACED A snapshot of Khan’s now deleted website, shows that as a lawyer he engages in procurement of EB5 immigration visas and other “Related Immigration Services.”  END_OF_DOCUMENT_TOKEN_TO_BE_REPLACED

Donald Trump’s “Hollywood Walk of Fame” star was defaced with what appears to be a backward swastika.

A photo of the front runner’s star, located on Hollywood boulevard, was uploaded to image sharing site IMGUR and then shared on Reddit. An unknown vandal used black spray paint to display a backward swastika. It is not known whether or not the suspect meant to place the offensive symbol in a reversed position. END_OF_DOCUMENT_TOKEN_TO_BE_REPLACED

Ike Perlmutter is a conservative so it shouldn’t come as a huge surprise to Marvel fans who read a lot of industry news. END_OF_DOCUMENT_TOKEN_TO_BE_REPLACED Many on social media are blasting Matthews’ comments as “Racist.” END_OF_DOCUMENT_TOKEN_TO_BE_REPLACED At the time the fire was set, it garnered much attention as a “hate crime”: “The Houston chapter of the Council on American-Islamic Relations called on authorities to investigate a possible bias motive in the case END_OF_DOCUMENT_TOKEN_TO_BE_REPLACED

In self-administered online interviews voters will be more likely to admit their support. And that will more likely reflect their eventual decision in the privacy of a voting booth. END_OF_DOCUMENT_TOKEN_TO_BE_REPLACED