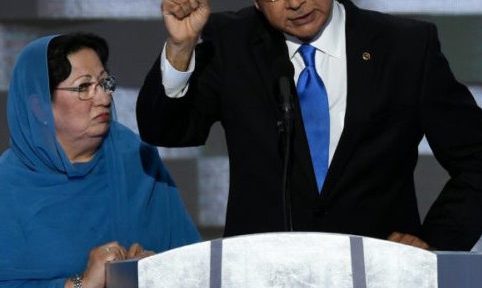 A snapshot of Khan’s now deleted website, shows that as a lawyer he engages in procurement of EB5 immigration visas and other “Related Immigration Services.” The website is completely removed from the Internet, and instead directs visitors to the URL at which it once was to a page parking the URL run by GoDaddy. The EB5 program, which helps wealthy foreigners usually from the Middle East essentially buy their way into America, is fraught with corruption. U.S. Senate Judiciary Committee chairman Sen. Chuck Grassley (R-IA) has detailed such corruption over the past several months, and in February issued a blistering statement about it. h/t breitbart

Khan spoke alongside his wife Ghazala Khan at last week’s DNC in Philadelphia. During his speech, he honored his son U.S. Army Captain Humayun Khan who died as a result of a suicide bomber in Iraq in 2004.