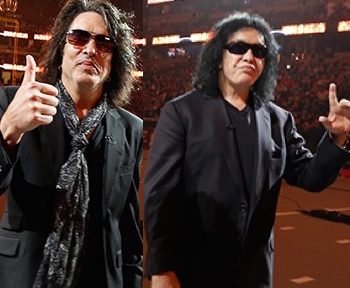 Less than two months after the Arena Football League concluded its 29th season, the L.A. KISS have ceased operations without any forewarning or even an announcement and without even informing any of its players.

Five teams have either folded or jumped ship to rival indoor football leagues since the end of the season. That leaves the entire Arena League with only four teams. “The Arena Football League is focused on solidifying its foundation for the long term and is in active conversations with strong, experienced ownership groups in markets where there is already a pro sports signature in place,” the league said in a statement. “The addition of the Washington Valor this coming season provides a solid example of where we are headed. Ultimately, we continue to be focused on positioning and growing the league over the long term to deliver the great game, compelling broadcasts and arena experience our fans have come to expect.” In order to deliver a great game, the Arena League needs teams to play those games. And those teams are vanishing quickly. h/t profootballtalk The Orlando Predators and Portland Steel also folded this offseason. Meanwhile, the Jacksonville Sharks and Arizona Rattlers are leaving to join the Indoor Football League.

Singer/bassist Gene Simmons and singer/guitarist Paul Stanley of rock group KISS, were the owners of the Los Angeles Kiss.