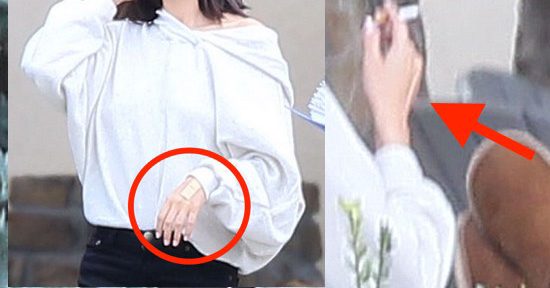 Gomez stepped out of the facility in a grey hoodie with black jeans on Thursday and had a bandage visible on her left hand. Selena was seen grinning as she chatted with someone during the break. The star is expected to stay at the center for ‘months.’ The Heart Wants What It Wants singer wore her short brunette locks loose and sported a makeup free face. The rehab stint came right after Selena and her ex Justin Bieber got into an online war of words when his relationship with Sofia Richie became public (they have since parted ways). Selena was also in the media after claims surfaced that Angelina Jolie disliked her talking to Brad Pitt at a Golden Globe party earlier this year. h/t dailymail On August 30, a Gomez rep said in a statement released to People she had entered rehab to deal with her ‘anxiety, panic attacks and depression.’