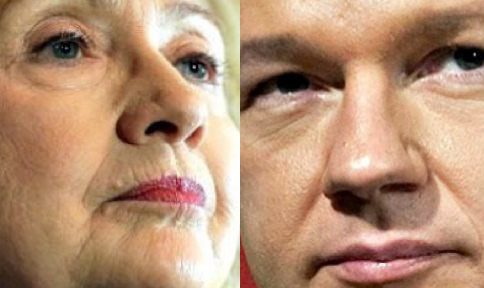 Rumors are swirling on social media that Wikileaks founder Julian Assange may be dead after a raid on his residence at the Embassy in Ecuador.

Assange’s death rumors were prompted by three mysterious tweets emanating from the official WikiLeaks Twitter account. The tweets contained what some are calling a “dead man’s switch,” a unique 64-digit code used to activate an emergency contingency plan. A dead man’s switch is a device that activates when certain requirements are not met. In the most mundane sense of the term, it is used in machinery as a deactivation mechanism if the operator becomes incapacitated. In other words, it’s a safety feature to prevent injury or accident. More ominous examples have been used in various action movies in one form or another. The hostage taker holding down a switch or lever that if released will detonate a bomb has become a Hollywood cliché. However, the switch does not have to be a physical device. For example, a computer program can be coded to activate when certain conditions are not met such as logging into the software by a certain time of day. It can also be something as simple as giving a trusted friend a sealed and addressed envelope with instructions to mail it in the event of death. So the tweets were thought to be a signal that Assange was dead and that the 349-gigabyte “insurance file” that WikiLeaks has will be released, according to Gizmodo. h/t inquisitr Reports of a raid on the Ecuadorean embassy have not been confirmed, nor has Assange’s demise.