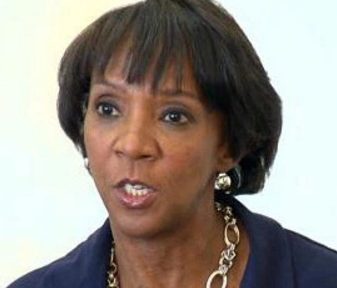 Lisa Simpson says she wanted to confront Lacey at a town hall after her 18-year-old son was killed by Los Angeles Police Department officers in July. “She got the power to stop it, but she won’t, and I wanna know why because I’ll never get to see my son again,” Simpson said.

“In some sense, it was hijacked a bit because we had questions to cover and they were tough questions had I been allowed to answer them,” Lacey said afterward.

Lacey did address Simpson in the meeting and promised to meet with the grieving mother.

Lacey said that she must follow the law when deciding to prosecute officers.

“If an officer actually and reasonably fears for their life even though may be mistaken about what they saw, then they are entitled to defend themselves, and that’s what the law is,” Lacey said.