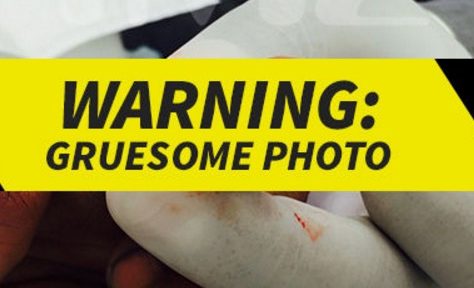 Johnny Depp wrote “Billy Bob” in blood and blue paint in a message meant for Amber Heard after cutting off his fingertip in a fit of rage, claims his estranged wife.

Depp reportedly dipped his bloodied finger in blue paint and wrote actor, Billy Bob Thornton‘s name, on a bathroom mirror along with “easy Amber.” Depp accused Heard of cheating on him with Thornton, says the actress.

The incident went down in March of last year, just a month after Amber and Johnny married. They were in a villa in Australia when a fierce argument erupted. According to Amber’s version of events Johnny, who was drunk and high on ecstasy, smashed several bottles and windows and also slammed a plastic phone against the wall unit. She claims a piece of one of the items cut off a portion of his forefinger. She claims Johnny dipped what remained of his forefinger in the paint and then used the gnarly digit to write various words on the wall, including “Billy Bob” and “Easy Amber.” Amber had done a movie with Billy Bob Thornton and she claims Johnny accused the 2 of sleeping together — something she strongly denied, adding he accused her of infidelity with other men as well. h/t tmz Amber’s people say Johnny didn’t get medical help for nearly 24 hours, so doctors could not reattach the fingertip … they used a flap from his hand to sew on a new tip.