Who is Sarah Snyder? And Is THIS Photo PROOF She Cheated On Jaden Smith? 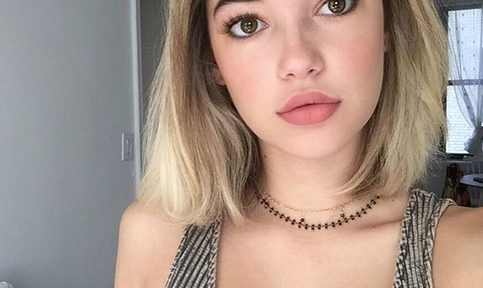 Sarah Snyder, aka, Jaden Smith’s “girlfriend,” is knee-deep in a cheating scandal that is suddenly blowing up on social media.

The pair of anointed ones have been spotted together for over a year, but now it appears that they’re now headed for a breakup. That is if they were really ever dating in the first place.. Shortly after the couple was seen showing some PDA at a New York movie premiere, a photo emerged online showing Sarah in bed with another man, a photographer named Gunner. As if that wasn’t bad enough, Hollywood Life noted that Gunner tagged Jaden in the caption, making the drama as public as possible. The report shared more details about the photo of Sarah Snyder in bed with another man. The picture has since been deleted, but according to screen grabs it was posted at 10:16pm on August 1. In the picture, which looks like it may have even been taken by Sarah, she is closest to the camera and covered up by a white comforter. Her shoulder appears completely bare, but Gunner, who is laying beside her furthest from the camera, is wearing a t-shirt. Like we said: totally sketchy. Just hours before the cheating scandal broke out, Sarah Snyder and Jaden Smith were seen displaying affection at the New York City premiere of Suicide Squad, holdings hands and sharing some passionate kisses. TMZ reported that Jaden could barely keep his hands off his girlfriend. As HollywoodLife pointed out, Jaden Smith’s parents seemed to have their suspicious about Sarah Snyder long before the cheating scandal erupted. Jada Pinkett Smith was reportedly very worried when she learned that Snyder had a 2013 arrest for breaking and entering and another in 2015 for allegedly stealing a handbag — a Hermes purse that had a price tag of nearly $16,000. She was charged with felony grand larceny.
h/t inquisitr

“Jada is very protective of her children, especially when it comes to the people they date,” any trouble, Jada will go off. It will not be pretty.” A source added that Will Smith had a more relaxed approach to the relationship, saying he was happy if Jaden was happy.