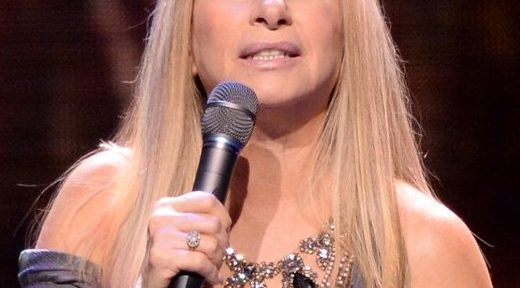 Barbra Streisand was in a celebratory mood last night as she kicked off her farewell to the farewell tour in Los Angeles. VIA DRUDGE: “Happy Days are here again!” Streisand declared to a sold out crowd at the Staples Center.

The audience roared as the singer zinged Donald Trump.

“Our genetic makeup is 99.9% identical to every person on the face of the earth. The other .1% is Donald Trump!”

The diva gestured in prayer and thanked the heavens.

One attendee emailed the DRUDGE REPORT: “They were already dancing on his grave… She was partying like it was the inauguration.”

Streisand suddenly interrupted the lyric, realizing a Democrat was currently in the White House!