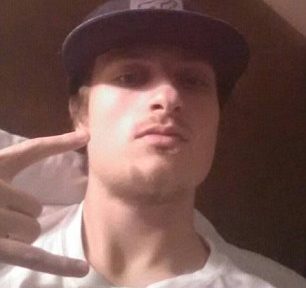 James Wesley Howell, an Indiana man stopped in his vehicle in Santa Monica, Ca., was found with an arsenal of assault rifles, ammunition and explosives and told police he ‘wanted to harm’ people at the Los Angeles Pride festival.

Howell, 20, was taken into custody after local residents informed police around 5am that a man was loitering around and knocking on random doors. Howell’s arrest came on the same morning the country was rocked with the worst mass shooting in US history, at a gay club in Orlando where 50 people were shot. When investigators searched his vehicle, they found three rifles, a substantial amount of ammunition and 5lb of mixed Tannerite powder, which can be used to make a pipe bomb. Also inside the white Acura were assault rifle magazines taped together, to allow for quicker reloading, a camouflage outfit and a security badge. Police say Howell admitted he was on the way to the LA Pride event to meet a friend, and ‘wanted to harm’ people there. h/t dailymail Seabrooks said officers are still trying to establish Howell’s motives. He is being held on $500,000 bond at the Santa Monica Jail.