Cop Who Worked With Omar Mateen: He Was Unhinged And Unstable And Bosses Did Nothing 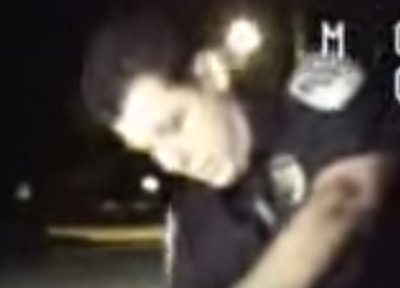 A former Fort Pierce, Florida, police officer who worked with Omar Mateen, the shooter in the Orlando nightclub horror that left at least 50 dead, is speaking out, describing him as “unhinged and unstable.”

Daniel Gilroy, who worked at G4S Security with Mateen, said he complained to his employer several times but his bosses did nothing because he was Muslim. Gilroy, a former Fort Pierce police officer, said Mateen frequently made homophobic and racist comments. Gilroy said he complained to his employer several times but it did nothing because he was Muslim. Gilroy quit after he said Mateen began stalking him via multiple text messages — 20 or 30 a day. He also sent Gilroy 13 to 15 phone messages a day, he said. “I quit because everything he said was toxic,” Gilroy said Sunday, “and the company wouldn’t do anything. This guy was unhinged and unstable. He talked of killing people.” H/T FLORIDATODAY

Gilroy said this shooting didn’t come as a surprise to him. Gilroy was investigated after being videotaped on July 14, 2007 in Fort Pierce, Florida, while detaining Shelwand Riley, 15, on suspicion of breaking curfew.

Gilroy was later cleared of any wrongdoing.