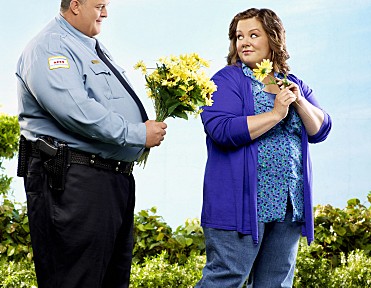 McCarthy said on social media that she was ‘shocked and heartbroken’ over the axing. The network’s new entertainment president Glenn Geller told reporters at the Television Critics Association’s press tour session in Pasadena on Tuesday that the comedy series is finished after the current sixth season. “These decisions are really challenging and I have a tremendous amount of respect for Chuck Lorre, Melissa [McCarthy], and Billy [Gardell], the whole cast and crew,” Geller said. “Everyone worked so hard on this show. They literally put blood, sweat, and tears into the program. “But I can confirm that this will be the last season of Mike & Molly.” h/t ew The news first leaked last month when costar Rondi Reed took to Facebook to mourn the show’s demise; McCarthy later added on Twitter that she was “shocked and heartbroken” by the news.