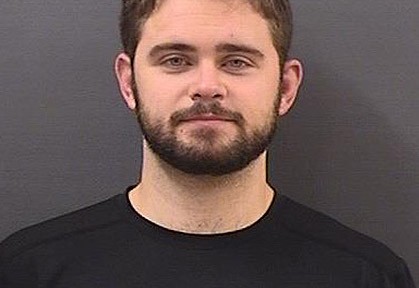 Police responded to a call at a home in Hendersonville shortly before 10 p.m. on Saturday. According to affidavits obtained by PEOPLE, the victims’ mother Amber Hardwick said her girls were with Andrew on another floor before her 5-year-old daughter came downstairs and explained that he hit her. The older child also told officers Andrew struck her in the face, but she did not require medical attention, police said. Christopher, Andrew’s half-brother, told authorities he saw Andrew strike the 3-year-old girl in the face, resulting in the injuries, the affidavits reveal. Police said Christopher claimed he and Andrew consumed a large amount of alcohol in the hours leading up to the incident. h/t people Officers claimed Christopher’s behavior was “extremely belligerent” and he appeared intoxicated as he approached police holding the 3-year-old girl.

Andrew, one of Swift’s love interests from high school, is mentioned in her 2007 single “Teardrops on My Guitar.” “Drew looks at me, I fake a smile so he won’t see / That I want and I’m needing everything that we should be,” Swift, now 26, sings in the hit.