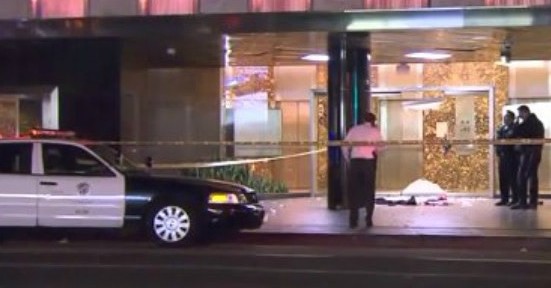 Hotel of the elite, The Standard, in downtown Los Angeles, was the scene of a shooting that left one dead and three injured.

Authorities say, four people were shot, one fatally, early Sunday morning at a spot normally where the rich play and stay. As of now, no one is in custody, but police hope security video and witness statements will help in identifying the suspect or suspects. The shooting took place about 2:40 a.m. at the upscale hotel in the 500 block of South Flower Street, according to the Los Angeles Police Department. Police initially said three people were shot. Two of the victims were found at the scene; a third victim was located at the nearby intersection of West Olympic Boulevard and South Hill Street, a spokesman for the LAPD’s Central Division said. h/t ktla

No one was in custody in connection with the incident. A description of the shooter or shooters was not immediately available.