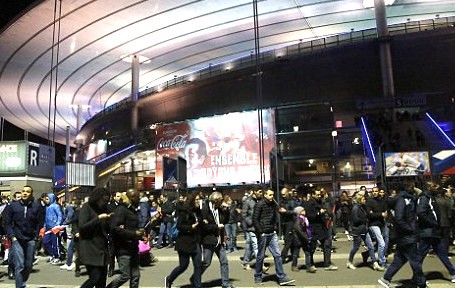 The passport was found on the terrorist who blew himself up outside the soccer stadium in the bloody attack in Paris. We have been warning about these Muslim jihads sneaking in among the hundreds of thousands of refugees undetected for months! Unfortunately, our worst fears have become reality as we just witnessed a savage terror attack in a major Western city. h/t americasfreedomfighters