Wendy Williams: Kim Zolciak Faked Her Stroke To Get Off DWTS 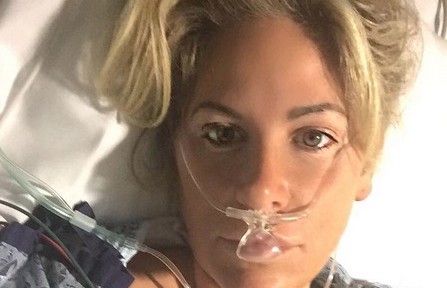 Wendy Williams thinks Kim Zolciak faked her stroke in an effort to get dismissed from Dancing With The Stars.

Kim’s DTWS scores were improving when suddenly she fired off a selfie on Instagram from a hospital bed claiming she had suffered a TIA, aka, a mini stroke. During her infamous Hot Topics segment, before Wendy got shady. “To me, a stroke is more import than a selfie…I don’t get where people get posting pics in a serious condition in a hospital…I don’t get it.” Wendy believes that Kim may have faked her medical condition not to get sympathy votes from the judges but to instead end her tenure on the show. “Kim, my thought is I hope you’re not fibbing about the stroke. Because I too wanted to get off Dancing With The Stars. My husband and my partner Tony [Dolvolani] knew I was planning a “plot-ation” on a toe “stub-ation” or a “brake-ation” so I wouldn’t have to return because it’s grueling.” “…Kim if at 37, you did have a mini stroke, I’m sorry to hear about that. If, however you wanted to get off Dancing With The Stars, all you had to do was stub your toe.” h/t hellobeautiful

Kim responded saying Wendy was just pissed because she wouldn’t appear on her show to talk about her condition. The Real House star even posted an email from a representative from The Wendy Williams Show as proof.

“Absolutely appalling!! @wendywilliams how disgusting for you to insinuate I “faked” my mini stroke on your show this morning!! You mad cause I didn’t come on your show! This clearly shows your warped mentality!!”