Kim Zolciak Stunned After Being Disqualified From Dancing With The Stars 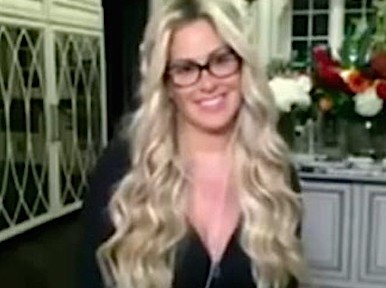 Kim Zolciak was reportedly blindsided after ‘Dancing with the Stars’ producers told her she was cut from the competition during a live telecast.

Zolciak appeared on the popular dancing show via Skype to give an update on her medical condition, but was not told in advance she was about to be cut. Past contestants have missed rounds and been allowed to return to the show. Kim is still in Atlanta recovering from the mini-stroke (TIA) she suffered last week. We’re told she really wanted to dance, and even practiced with her partner Tony Dovolani. Ultimately doctors wouldn’t allow her to fly back to L.A. But rules are rules … and ‘DWTS’ says theirs say a competitor must withdraw if he/she has to skip a performance. Kim was hit with that bombshell while Skyping. h/t tmz

There’s already a social media push to bring Kim and Tony back next week. We’re told Kim is upset producers didn’t use a video of her practice session to score her this week … which they’ve did in the past for Melissa Rycoft in Season 15.