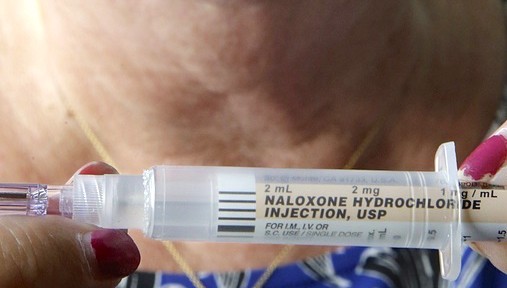 The heroin epidemic is so out of control among teenagers that the nation’s schools have stocked a fast-acting overdose antidote to be administered by nurses and teachers in case of emergency.

School nurses are keeping the drug naloxone on hand as an essential part of their first-aid kits. If a student exhibit signs of heroin overdose they are administered naloxone via syringe or a nasal spray. The desired effect is to get an overdose patient breathing again. “We’re facing an epidemic,” said Beth Mattey, president of The National Association of School Nurses. “People are dying from drug overdoses, opioid drug overdoses. We need to be able to address the emergency.”

At least five states this year adopted laws on the use of naloxone in schools, including Rhode Island, which now requires it to be available in all middle, junior high and high schools. Some states allow or encourage schools to buy it. And many schools already have the drug in stock.