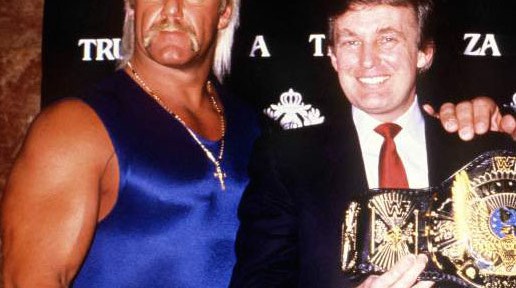 Hulk Hogan has made a startling admission about his future. Forget about getting reinstated into the WWE, he wants to be Donald Trump‘s running mate.

The Hulkster recently cut ties with the WWE over his use of the N-word, but now he’s saying he wants to leapfrog wrestling and focus on making America great again. First, the WWE thing … it’s been more than a month since Vince McMahon wiped all traces of Hogan from the website after reports surfaced that he used the N-word in a racial rant years ago. Even after several black wrestlers and celebs vouched for Hulk — saying he’s not a racist at heart — Vince has refused to bring him back into the WWE universe. h/t tmz

As for the Trump comments … Hulk says he thinks the country is finally ready for Vice President Hogan, oh brother.