Lil Wayne CANCELS SHOW After Refusing To Be Searched

Lil Wayne cancelled his show at The Venue in Minneapolis on Sunday night after security attempted to search the rapper and his his crew.

Hundreds of fans were suddenly left with no plans after Wayne refused to go on with the show. The Venue released a statement today to clarify what happened and promised to issue concertgoers their money back. 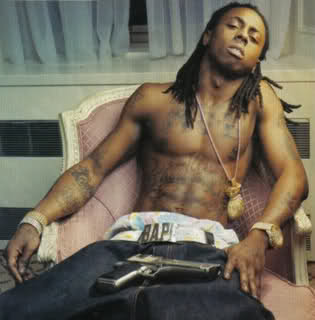 On June 21, 2015, Lil Wayne was scheduled to perform at The Venue, a premier music and entertainment venue located on First Avenue in the heart of the Minneapolis entertainment district. Unfortunately, Lil Wayne elected not to perform after members of his entourage refused to take part in The Venue’s standard safety procedures.

In order to ensure the safety of the artists that perform on its stage, its patrons, and its staff members, The Venue has in place many long-standing standard safety procedures. One of these safety procedures is to conduct an exterior pat-down and metal detection on each person entering The Venue, and to confirm each party’s age and identity by requesting and reviewing a state-issued ID card. These safety procedures apply to customers and entertainers alike and are similar, if not identical, to safety standards and procedures utilized by clubs and arenas throughout the United States and the Twin Cities. These safety procedures are explained and provided to each performer in advance of any performance or concert that occurs at The Venue.

Last night, The Venue was honored to welcome world-renowned hip-hop star Lil Wayne to perform on its stage.

Upon his arrival, Lil Wayne was permitted entry into The Venue in order to perform. However, several members of his entourage refused to take part in The Venue’s standard safety procedures. In accordance with The Venue’s long-standing policies, those members that refused to follow The Venue’s safety procedures, and only those members, were refused entry into the club. Despite the fact that Lil Wayne was permitted entry, the stage was set up to his specifications, and he otherwise appeared ready to perform, he made the decision that he would not perform as scheduled.

The Venue has or is in the process of issuing refunds to those patrons that purchased on-line tickets for Lil Wayne.