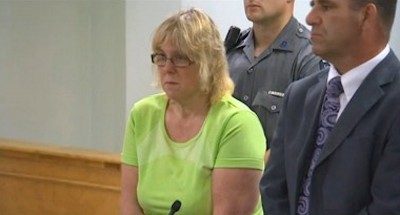 A 51-year-old prison employee who reportedly confessed to smuggling power tools into the maximum-security facility to help two convicts escape will be arrested “in the next couple of hours,” according to a local sheriff speaking with NBC affiliate WPTZ.

Joyce Mitchell, who is suspected of having a relationship with an inmate, was allegedly supposed to be the duo’s getaway driver after they broke out of Clinton Correctional Facility in upstate New York.

She backed out at the last minute and checked herself into a hospital for “nerves.”