A 10-year-old boy, wading in waist-high water with his mother at Cocoa Beach, Florida, was bitten by a shark. The boy was transported to an Orlando hospital because of the severity of the wounds.

Lifeguards responding to the boy’s injuries said the bite was among the worst they’ve ever witnessed. 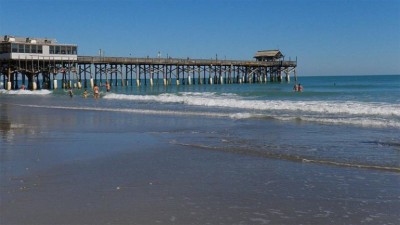 “It was definitely one of the worst ones that we’ve seen in our area that we’ve responded to, mainly because of the size of the bite,” a lifeguard said. The boy suffered a severe bite on his calf and was flown to a trauma hospital in Orlando due to the severity of the injury, Witcher said. h/t myfox8

The beach was closed for about an hour, according to a Brevard County spokesman.