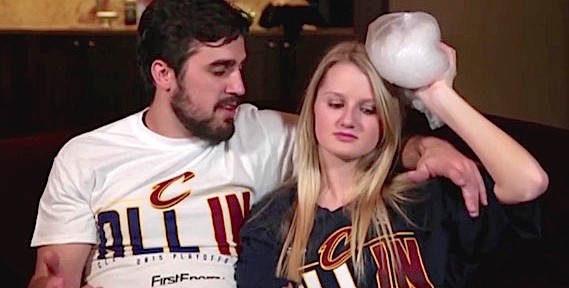 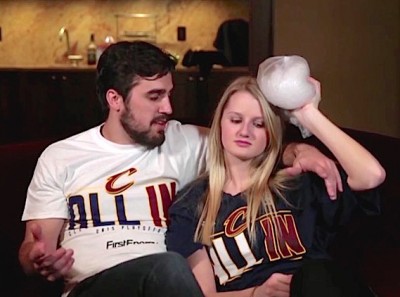 It gets worse … the man justifies the beating by saying, “Bulls fan? I didn’t know you were a Bulls fan!” At the end of the video, the woman resurfaces with an ice pack on her head … and wearing a Cleveland shirt. h/t tmz

The woman appearing in the video is reportedly a production assistant for the Cavs.