CUYAHOGA COUNTY, OH. (THECOUNT) — Daniel Ripepi, of Newburgh Heights, Ohio, has been identified as the victim in a fatal Friday morning freak accident in Cuyahoga County.

Ripepi, 62, was killed in a freak accident while traveling on Interstate 480 near Cleveland Friday morning. 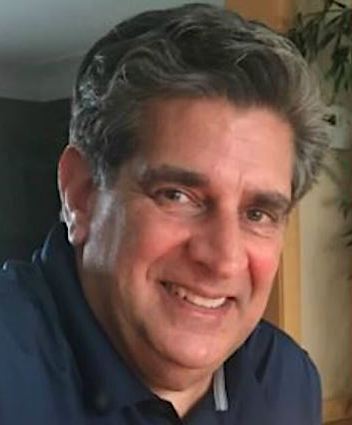 According to reports, Ripepi was operating a pickup truck on I-480 near State Road, when a dump truck traveling with its bed raised, struck a highway sign – that then fell on Ripepi’s pickup.

Ripepi was pronounced dead at the scene of blunt force trauma injuries.

Ripepi was the vice president of A. Ripepi & Sons Funeral Home in Middleburg Heights, according to his obituary.

He is survived by his wife, three children and three step-children. 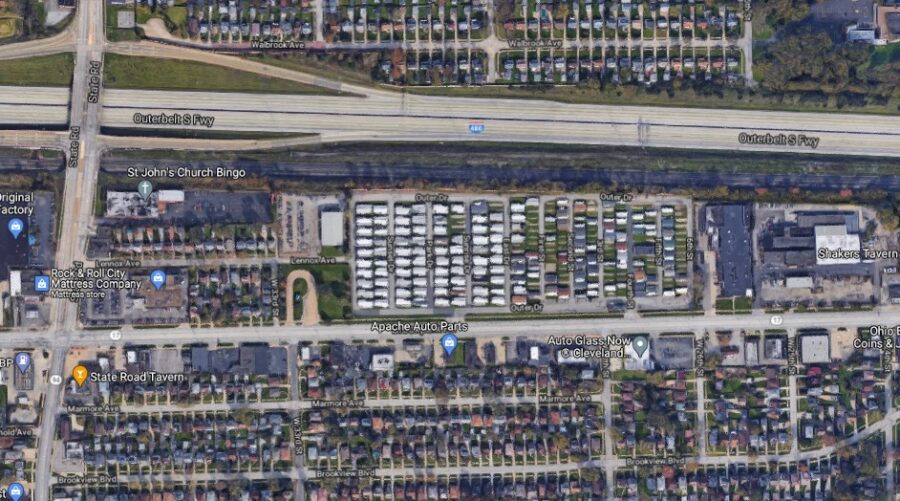 CLEVELAND, OH. (THECOUNT) — Cleveland Browns fan, Eric Smith, is no longer welcome at FirstEnergy Stadium, but there’s a problem. The team may have fingered the wrong man. The false ID is now raising concerns about how stadium officials falsely identified Smith in the first place.

Late in the fourth quarter of the Browns loss to the Titans on Sunday, Tennessee cornerback Logan Ryan jumped into the stands to celebrate a touchdown. That’s when a bearded Browns fan in a Baker Mayfield jersey threw beer on the player. 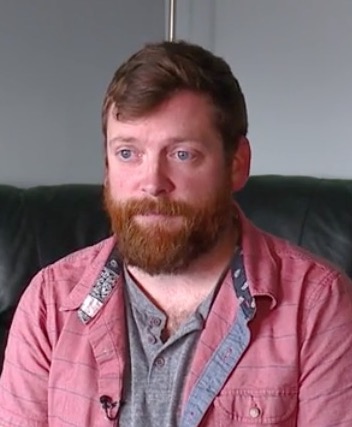 The Browns were swift to take action after the NFL Players Association asked they look into the fan. They identified him as Eric Smith and banned him indefinitely from the stadium.

“The first call we got when I was in the office today was from the Browns and we have done work for the Browns . We book bands and DJs for them in the past so I was like OK, they are just calling for some kind of evening coming up and they need some music. And that’s not was the call was for,” Eric Smith said.

Smith, a local DJ for weddings and special events, said he stopped watching the Browns in 2010 and was at a wedding reception at the time of Sunday’s game, reports FOX8.

“He just kind of doubled down on everything like, ‘We know it was you.’ And I got mad, I got really angry and I started raising my voice at him. And he said, ‘You don’t have to get defensive. If you are innocent, then you wouldn’t be so defensive and if you are not a fan, like you say, then this won’t matter to you. ‘And I was like, we’ll it kind of matters.” 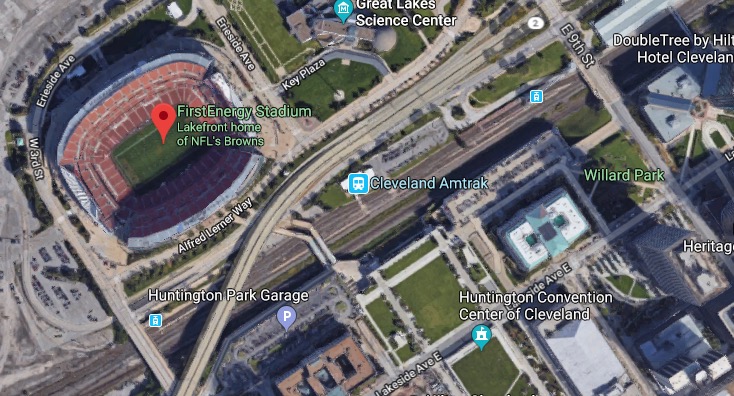 After battling a powerful addiction to meth, Brent and Ashley Walker say they have been officially clean for two years and seven months, and they have photographic evidence to prove it. 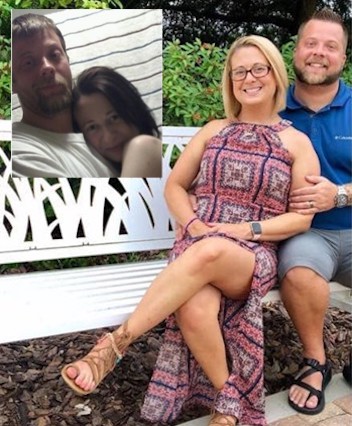 “This is my wife and I in active meth addiction the first photo was taken around December 2016 the second one was taken in July of 2019,” Brent Walker wrote in a now-viral Facebook post.

Now the couple hopes to inspire others on their road to recovery. 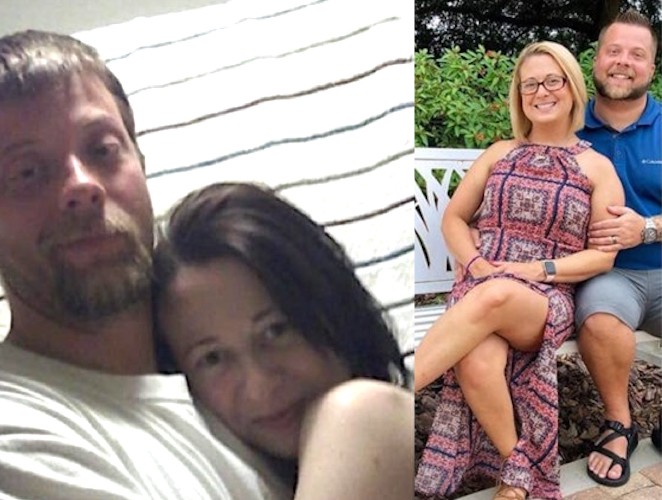 The two celebrated being one month sober by getting married at the same church on January 31, 2017. They finally got their own place together and bought their first car, a 2001 Honda Civic, reports NewsCenterMaine.

“We always fed off each other. If I ever had a bad day she would talk to me and help me through my cravings and I did the same for her. We had no friends, all we did was work and spend time together and go to church every week,” Brent wrote.

The couple says they have since given their lives to Christ and started to become even happier.

“This is my story and I hope it can help addicts out there and show them that there is hope,” Brent wrote. “You have to fully turn your life over to Christ you can straddle the fence you have to completely give yourself to the Lord and let him take over. You can not make it on your own, through Christ all things are possible.” 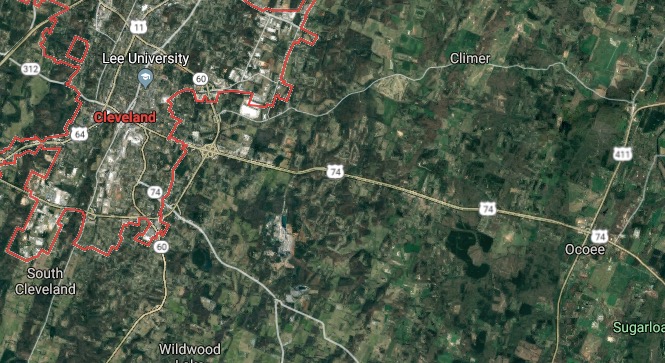 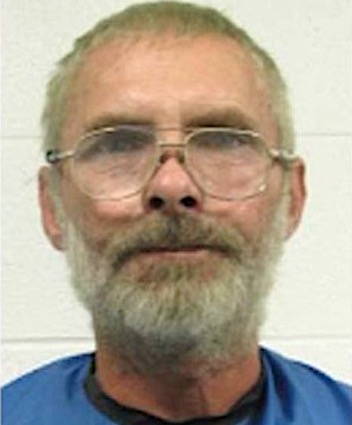 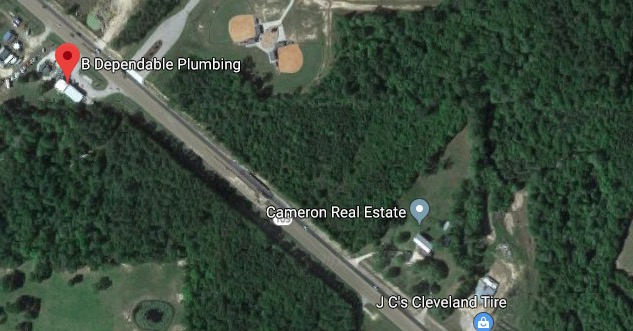 CLEVELAND, OH. (THECOUNT) — Roger Ashley Jr., has been identified as the victim found shot dead in East Cleveland on Monday.

Ashley, 38, was discovered suffering from at least one gunshot wound at the Sunoco Gas Station, located across the street from Shaw High School, in Cleveland, Ohio, 1:44 a.m. Monday. First responders found a man deceased from apparent gunshot wounds near Euclid Ave and Shaw Ave, in Cleveland, Ohio. The victim was later identified as Ashley.

He was pronounced dead at the scene just after 2 a.m. of gunshot wounds.

East Cleveland Fire Department responded to the scene. The man was pronounced deceased just after 2 a.m., according to information from Cleveland police. Police have identified the victim as 38-year-old Roger Ashley. END_OF_DOCUMENT_TOKEN_TO_BE_REPLACED

CLEVELAND, OH. (THECOUNT) — April Scarton, of Cleveland, has been identified as the driver arrested following a deadly altercation involving a pedestrian Monday.

Cleveland police say, Scarton, 32, was taken into custody after running over another woman who was she was involved in a fight. Police first responded to the 13700 block of Astor Avenue, in Cleveland, OH, Monday, just before 6 p.m. on calls of a fight stemming from an accident that involved a pedestrian.

Investigators learned that a 40-year-old woman was allegedly hit and run over by 32-year-old April Scarton while involved in a physical altercation. END_OF_DOCUMENT_TOKEN_TO_BE_REPLACED

Mack, 27, was identified by the Cuyahoga County Medical Examiner’s Office after homicide detectives responded to residence in the 3130 block of West 54th Street for a suspicious death. A cause of death was not provided by officals.

The victim was identified as 27-year-old Rachel M. Mack. END_OF_DOCUMENT_TOKEN_TO_BE_REPLACED There was plenty of drama at Wednesday night’s Republican National Convention, but it was Megyn Kelly’s spaghetti-strap dress that caused Twitter to be overrun with harsh criticisms about her ‘unprofessional’ appearance. END_OF_DOCUMENT_TOKEN_TO_BE_REPLACED