The iconic Statue of Liberty is currently being evacuated over a suspicious package.

The monument remains closed for the rest of the day as authorities investigate. 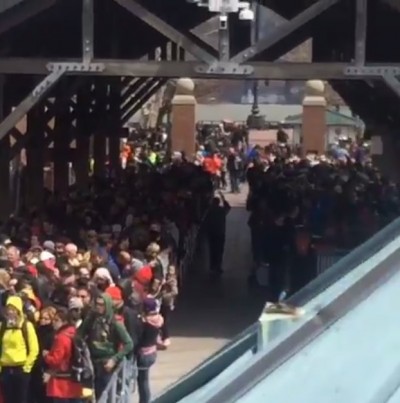 The package was reportedly found inside a locker, after a federal Park Police K-9 picked up a positive scent during routine patrol. The lockers are in a screening area adjacent to the gift shop on Liberty Island. h/t 7online

Hundreds of people could be seen standing outside the monument on Liberty Island.