Kanye West Attempts To Walk On Water In Armenia 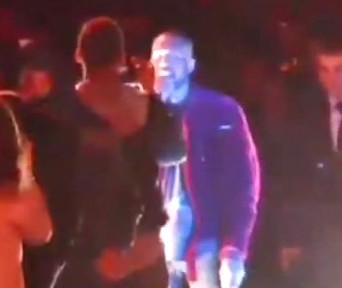 Kanye West In Armenia: Kanye West, aka, Yeezus, thought for a fleeting moment that he could walk on water, but in the biblical process, he crucified his mic.

West was performing an impromptu outdoor concert in the capital of Armenia, when he decided to jump into a near by pond. The rapper stumbled and his wireless microphone went down-periscope, rendering it immediately disabled. 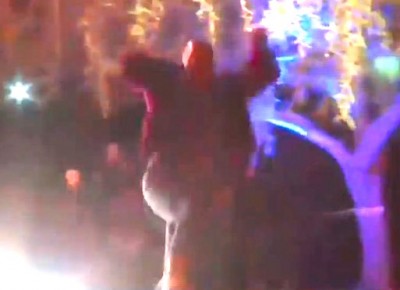 After sacrificing his microphone, West tried his best to save the show by inviting the crowd to join him in the drink.

Kanye’s been in Armenia all week with his wife, Kim Kardashian, as she explores her roots while he soaks his boots.