New York college student, Daniel Podolsky, was booted off a Southwest Airlines flight over a Comedy Central t-shirt he wearing that depicted a curse word.  Podolsky was gifted the garment at SXSW which promots the network’s new show, “Broad F***ing City” .

Podolsky found himself stranded in St. Louis Monday after a flight attendant requested he remove what they had deemed, offensive apparel. 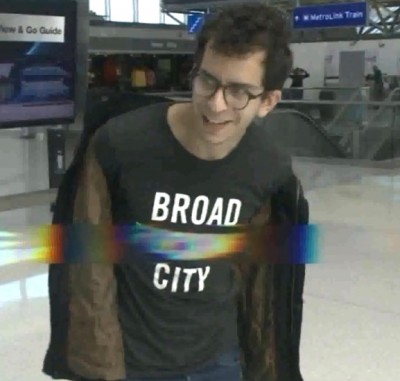