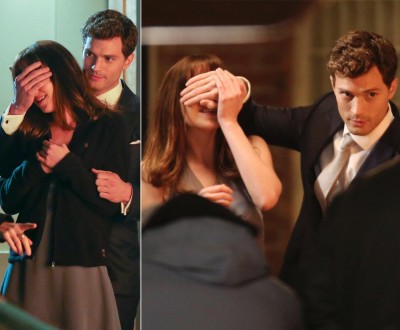 Still not bad for being based on a book with a narrator who exclaims “jeez” while in the throes of orgasm and talks about her “bottom” like she’s a 4-year-old. Brad Keefe Columbus Alive

Fifty Shades of Grey” has turned out to be more like 50 shades of blah. Jeanne Kaplan Kaplan vs. Kaplan

The film doesn’t culminate in anything. It’s a bunch of scenes that end before any kind of satisfying conclusion. Wesley Morris Grantland

Have you seen it? What did you think? Comment below!