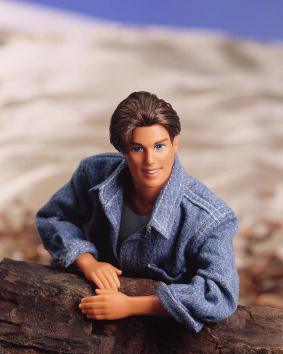 386688 04: (FILE PHOTO) A 1995 Ken doll wears a jean jacket in this portrait. On March 13, 2001, Mattel toy company celebrated the 40th anniversary of the Ken doll which was originally introduced March 13, 1961 at the American International Toy Fair. Originating with his crew cut look and evolving through the funky disco styles of the ”70s and ”80s, to the trendy styles of the ”90s, Ken has been a worldwide pop culture favorite for every era and for several generations. (Photo courtesy of Mattel/Newsmakers)

Back To Article: Human KEN DOLL Spent HOW MUCH On Plastic Surgery?
FOLLOW @TheCountNews